Building a Bespoke Software System for your Business

Building a bespoke software system is one of the most complex, expensive and risky things that a business can do. ActionPoint’s transparent and partner-focused approach cuts through the fog.

John Savage knows that the hardest thing about software development is the sales process. Every incentive during this process is to obscure reality and paint the rosiest picture possible of the future. The reality is that at the start of any software project, everyone knows the least about the project and hence it is the point at which there is the highest risk and uncertainty about the outcome. The pursuit of fixing the price and scope at this point in the project is the single biggest source of headaches in the software world.

ActionPoint has been involved in this painful process too many times and in nearly ten years in business, has developed a strong partner focused approach to the software development sales process that supports a smooth transition to working systems. What is their secret sauce? Transparency.

The traditional software sales model involves a lengthy process of spending weeks or months and a significant sum of money writing a huge technical document that attempts to define every nook and cranny of the proposed software system. Once this specification is agreed, any changes to it come at a substantial cost to the client. This model, known as Big Design Up Front (BDUF), works in favour of the software vendor because they simply know that on any large project, deviations in scope are inevitable and that is where they make all their profit…and inflict most pain on the client! They are essentially hiding the complexity of the software development process and using it to ensure a profitable outcome.

For life-critical systems (military/healthcare), this up front process is sometimes a necessity. But for the vast majority of business process systems, it will never capture all requirements and will leave the business owner out of pocket and short on the final features delivered. It is successful only in setting impossible expectations.

ActionPoint addresses this shortcoming of the Big Design Up Front model by embracing the Agile Framework. John, through his vast experience as Technical Director of ActionPoint, has found that using the Agile method of software development allows the team to make more accurate projections on a project’s budget by basing predictions on working software delivered almost immediately instead of higher level estimates based solely on written specifications. The Agile framework also requires the customer to become more involved in the process. The benefit of this being that they get a bird’s eye view of just how complex the project is and have a greater appreciation of its intricacy and the skill required to bring the software to fruition.

John explains, “In dealing with all types of clients from government agencies through to private enterprise and start-ups, we relentlessly drive the initial phase of work toward a well-defined goal that quickly demonstrates significant value. This allows clients to see an early return on investment while also strengthening their trust in our team and our processes. The common thread across all our projects is that each phase 1 has lead on to phases 2, 3 & 4, and this only happens if the customer sees significant incremental value at each step.”

Not only do ActionPoint provide a comprehensive Bespoke Software System service to companies in the USA and Europe they have also been helping US companies set up in Ireland by offering a turnkey solution encompassing all aspects of IT Infrastructure. A dedicated IT Services division manages all aspects of your IT environment with a comprehensive range of Managed IT Services including outsourced helpdesk and various IT support offerings. A Professional Services team focuses on specialised infrastructure set-ups and IT Audits can complete a comprehensive review of your IT environment, systems and processes. With IT and Software services combined, ActionPoint can provide 360 degree technology solutions.

“To us – we don’t see what we do as providing just a technology service. ActionPoint provide business solutions that happen to be technology based” – says David, ActionPoint Managing Director.

John Savage and David Jeffreys may have founded ActionPoint in 2005 but their long-standing friendship dates back to their university days. The duo met during their time as students at the University of Limerick where they both studied Computer Systems. After graduation in 2001, they worked together for 4 years, with John working in Los Angeles and David remaining in Limerick. When John returned to Limerick in 2005, they started ActionPoint, which began life as a Software Development company but quickly expanded to include IT Services. David, Managing Director of ActionPoint explains, “After the first year in business it quickly became clear that there was a gap in the market for a holistic technology solutions provider, so in 2006 we added IT Services to our offering.” 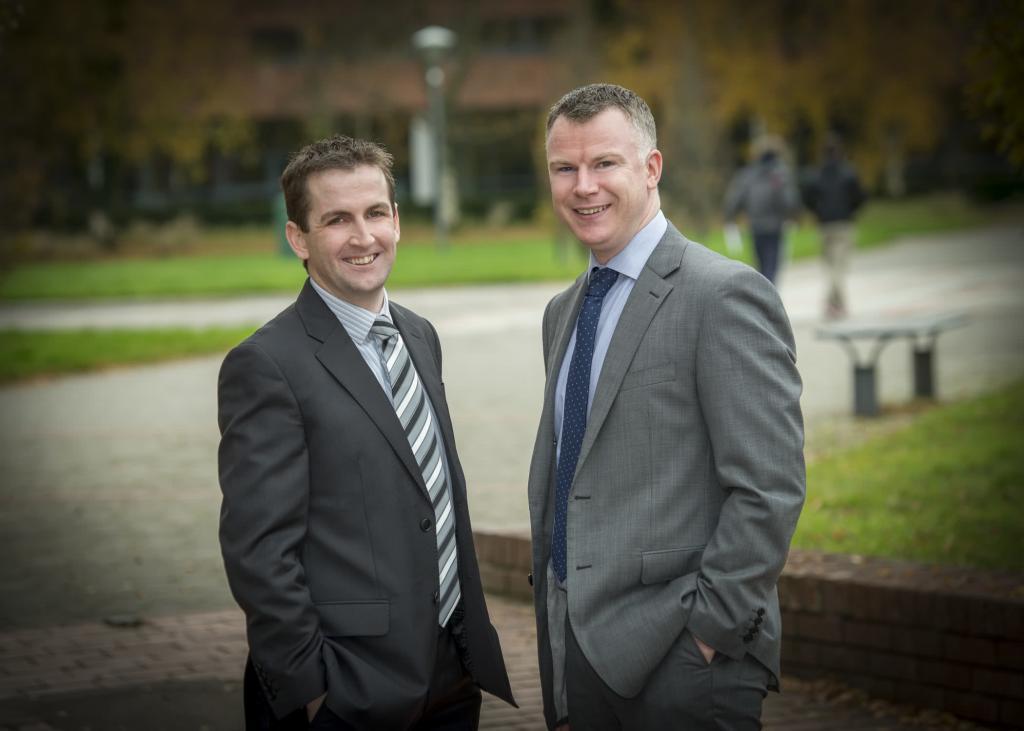 ActionPoint’s ethos is ‘Professional, Pro-Active & Certified’ – an ethos that has gained the company recognition locally and nationally in Ireland.  In 2011 the company was the overall winner of the Limerick Enterprise Awards and were finalists in the National Enterprise Awards. In the same year at the inaugural Limerick Chamber of Commerce Awards, ActionPoint won ‘Best SME’ followed in 2012 with the ‘Best Technology Business’ title.

Over the years, the software development team in ActionPoint has had the opportunity to work on projects ranging from internal business process automation systems through to national and international projects. Some key projects they have worked on are a Teleprompting system for the largest Teleprompting company in Hollywood as well as multiple government projects such as the eFlow debt collection system for the Irish National Roads Authority and a Passport Appointments Booking system for the Irish Department of Foreign Affairs and Trade.

ActionPoint has developed a Bespoke Software System, developing new teleprompting technology for CueTech Teleprompting Inc. which is used on a number of top-rated international TV shows, including American Idol, the MTV Music Awards and the Emmy Awards. The system has even been used by US president Barack Obama. “On a live-to-air show, reliability is tantamount. If the system stutters even for milliseconds, it can distract the on-stage talent and the embarrassing moment will be seen by millions of people” – says John. Previously, multiple scripts and last minute changes could cause chaos in the studio. ActionPoint’s software eliminates this problem and provides a hugely efficient bespoke solution for CueTech. 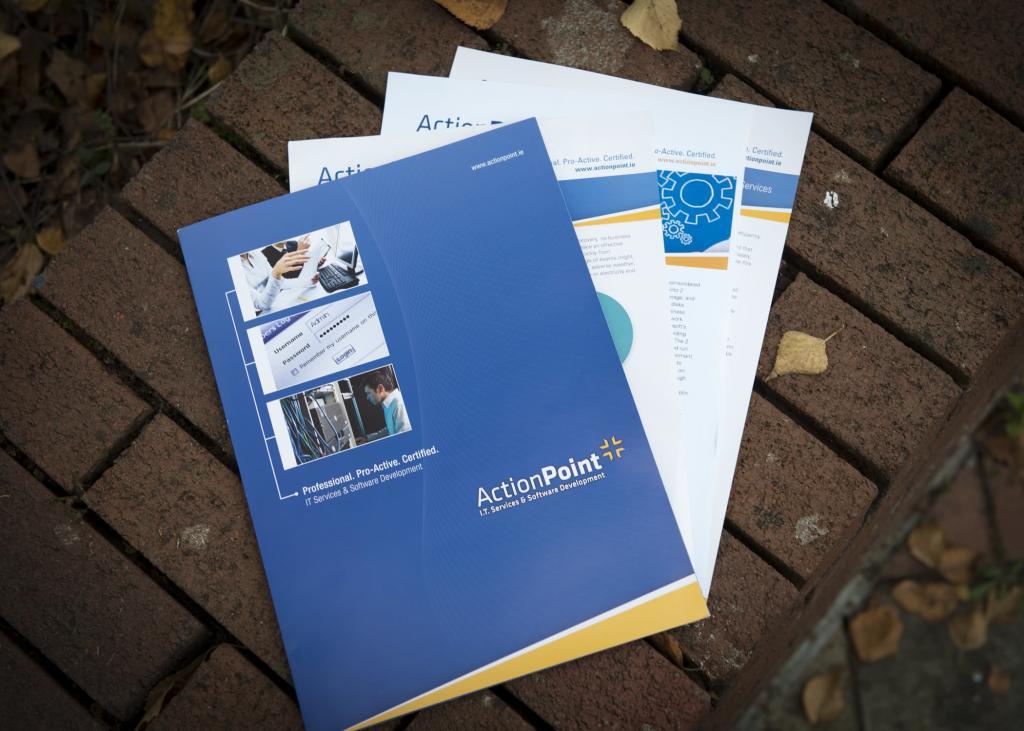 When the eFlow barrier free toll was being introduced on Ireland’s busiest motorway, the M50, solicitors Pierse & Fitzgibbon were awarded the enforcement service contract to prosecute those that used the motorway without paying the relevant toll. The number of legal cases projected to be generated by eFlow was large and Pierse & Fitzgibbon quickly identified the requirement for a significant amount of process automation that only a bespoke solution could provide.

ActionPoint provided the entire bespoke software system required by Pierse & Fitzgibbon. This solution automates a complex legal process by leveraging barcoding, data analytics, clear process definitions and many other techniques. It allows a small team to handle thousands of new legal cases each and every day.

Looking to the Future

Due to the successful marriage of Software Development and IT Services, ActionPoint are strongly positioned for continued future growth. The company is currently seeing success in the USA through strategic partnerships on various software projects. David says “Over the last six years ActionPoint has achieved an average annual growth of 52% with 2013 seeing a record 74% growth. This growth is largely attributed to the success of the company’s Los Angeles base, and a more recently forged partnership in New York. The success of the IT services division continues to thrive, with the overall team now standing at 45.

John Savage concludes “we believe strongly in success through partnerships. We have grown the company every year since 2005 and now that Ireland is on an upswing, we look forward to significant opportunities to bring our 360-degree technology solutions to many new clients, not only in Ireland, but across the globe.”