We wanted to channel our veterinary expertise into an app that provided recommended tasks for farmers in the Dairy and Beef Industry. Working in partnership with ActionPoint’s innovative Software Team, we were able to deliver a revolutionary app to the Irish Agri- Sector with FarmOps. 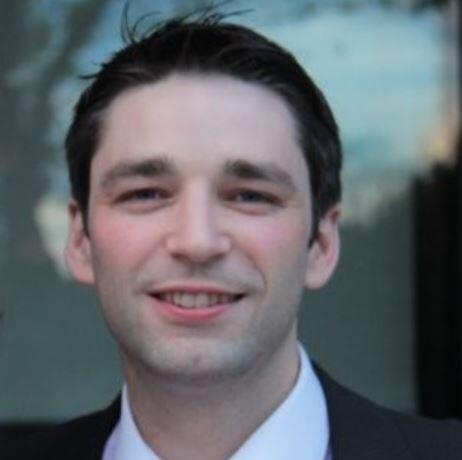 Munster Bovine is Ireland’s largest provider of cattle breeding and herd management services. Established in 1945, they pioneered the development of artificial insemination services for dairy and beef farmers in the Munster region. In recent years, Munster Bovine has expanded considerably and developed into an integrated farming services provider. The Cork-based company offers a range of breeding, milk recording, herd health and cow performance services to farmers nationwide. Its team of AI technicians are recognised as being amongst the very best in the world.

Munster Bovine’s continued success and longevity can be attributed to two key factors. The first is the company’s ability to adapt and innovate. Although the company was established in 1940s, its people have been quick to move with the times and have always embraced the latest cutting-edge technology. The second factor is the deep level of understanding and connection that Munster Bovine has with its customers and the farming community. These two factors combined when Munster Bovine set about creating an innovative app that would place personalised advice for farm management into the palms of the farmer.

In managing their herds, farmers gather an overwhelming amount of data. This data is used to make decisions related to bovine performance and health, in prescribing antibiotic treatments and improving farm sustainability. Farmers can then interpret this data and translate it into improvements and positive action and can enjoy up to 30% greater profitability from their farming endeavours.

Munster Bovine wanted to capture and analyse this data and provide tailored advice in an easy-to-use mobile application, that would make farmers’ lives easier while improving their output and profitability. Munster Bovine had the vision to create FarmOps, a Farm Operations System that channelled their veterinary expertise through an app into recommended tasks for Dairy and Beef farmers in Ireland, who need to know what’s best to do and when to do it in an era of increasing regulation and decreasing work-life balance. ActionPoint was tasked with bringing it to life.

Munster Bovine’s vision was to build a ground-breaking app that was built by farmers for farmers. In order to fully realise this objective, ActionPoint took a hands-on approach to research and development. ActionPoint worked closely with Munster Bovine, breaking down complex processes and business requirements into something that could be productised.

The ActionPoint team were faced with the technical challenge of integrating offline functionality for the app. It was important that the app was capable of storing data locally and was able to sync successfully online. This was necessary to ensure that the app could save important data, even in areas with poor connection.

The technical knowledge from the veterinary team at Munster Bovine and the rigorous testing undertaken by farmers, meant all angles were covered. The exhaustive analysis process involved consulting with individual farmers and veterinary surgeons. This research was carried out to better understand the needs of the target user.

FarmOps was launched in September 2020. The application was built on Microsoft Azure and is available for both iOS and Android users. It was important that the app performed on a huge range of mobile devices with a variety of screen sizes and hardware. The ActionPoint Team developed a custom middleware to solve this problem. The app analyses farmers’ data and provides insights and recommendations. With FarmOps, ActionPoint was able to translate Munster Bovine’s expertise and broad service offering into a highly scalable product that will prove invaluable to farmers. The app carries farmers into a new age of herd management technology, with the Department of Agriculture giving its seal of approval for calf registration and animals’ movements accounted for within FarmOps. It also complies with sustainability regulations set out by Bord Bia’s Sustainable Beef and Lamb Assurance Scheme (SBLAS).

Munster Bovine wanted to create an app that would revolutionise the farming industry, optimise herd management and keep farmers compliant.

The development of FarmOps has ensured that Munster Bovine will remain relevant and at the forefront of the industry for years to come. Going a step further, Munster Bovine has now set its sights on internationalising the app and entering the global market.