Ingenium Training and Consulting is a Limerick based organisation that provide management and leadership development solutions. Since opening their offices in 2015, the company has taken off with clients ranging from the oil, engineering and construction industries. Their StyleUs Decision-Making Report acts as that “initial interrupter” which help uncover the best way for management, teams and individuals to communicate with a common understanding and language.

Where we see the technology and its advantage is in allowing Ingenium to place our people in higher value positions. With the automation of StyleUs, ActionPoint helped us to develop software which allowed us to do just that. 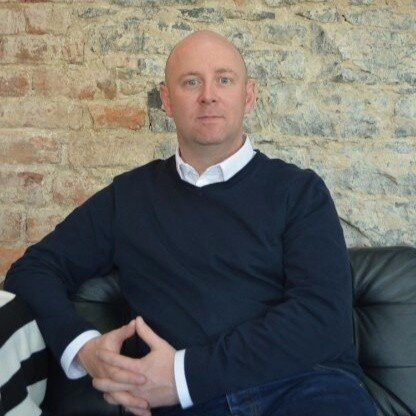 Since opening their offices in 2015, it became evident early on that their offering was in-demand as the organisation grew at a rapid pace. One of the key tools to their unique service delivery is the StyleUs Decision-Making Report; it acts as an “initial interrupter” which help uncover the best way for management, teams and individuals to communicate with a common understanding and language. Furthermore, the results of these surveys encourage a self-realisation moment for the individuals in how they can work more efficiently.

Growth in key verticals like Oil and Gas and Pharmaceuticals meant an increasing demand for the Ingenium team and the Stylus Reports they provide. This demand on their resources meant there was an increasing amount of copying and pasting from Word, Excel and PowerPoint documents instead of spending more time on other areas such as developing business strategies. As an early stage company with a young and energetic team this meant that creating a more efficient way of generating data needed to be implemented.

Ingenium knew that they needed a flexible and customisable software solution to cater for their needs. As ActionPoint’s mission is “to help companies achieve their greatest potential using the power of technology”, Ingenium knew they were in safe hands of an experienced, award-winning software team.

One of a kind systematic software:
Working closely with the Ingenium management team and operations director, Alan Higgins, ActionPoint were able to develop a piece of software which would cut out the unnecessary repetitive admin and provide a simple, straightforward process for producing reports. The software developed is known as StyleUs. It is a one of a kind piece of software developed from first principles by the ActionPoint team. From start to finish, this software looks after curating the survey reports. This is exactly what the Ingenium team required to succeed with their business model.

As the partnership between Ingenium and ActionPoint has flourished over the past 12 months, Ingenium has cut down immensely on the time generating reports manually since launching the StyleUs software. Therefore, the team has been able to place greater emphasis on expanding the business and the team. Without the implementation and development of the StyleUs software, this would not have been possible for Ingenium.

Prior to the creation of the StyleUs software, there was an average 30 reports created manually on a daily basis. However, since the new software there is more than 100 reports generated on a daily basis. This is a daily growth rate of 233%. In February the Stylus software it’s highest load producing 181 reports in one day as one of their clients needed the data promptly.

The power of technology has allowed Ingenium to reach one of its business goals, which is to move staff members to higher value roles. Ingenium grew their StyleUs division team to 3 members in the past 18 months but were able to grow their grow their project capacity by 7x thanks in large part to the software. The StyleUs software removed at least 1 full-time resource from admin, placing them in a higher value position within the organisation.

The amount of reports that can now be generated daily means that Ingenium’s clients are receiving the same accurate reports but at a much faster pace. This efficiency means that the business can further develop and handle larger scale clients, helping it to further reach its potential.  As the company continues to grow, the software will grow with it.

As Ingenium continue to grow, ActionPoint will be here to support and evolve the StyleUs software. Allowing room for constant scalability through the development of custom software was a key objective for Ingenium. This project is an evolving solution as ActionPoint continue to support Ingenium as a trusted, technology partner.