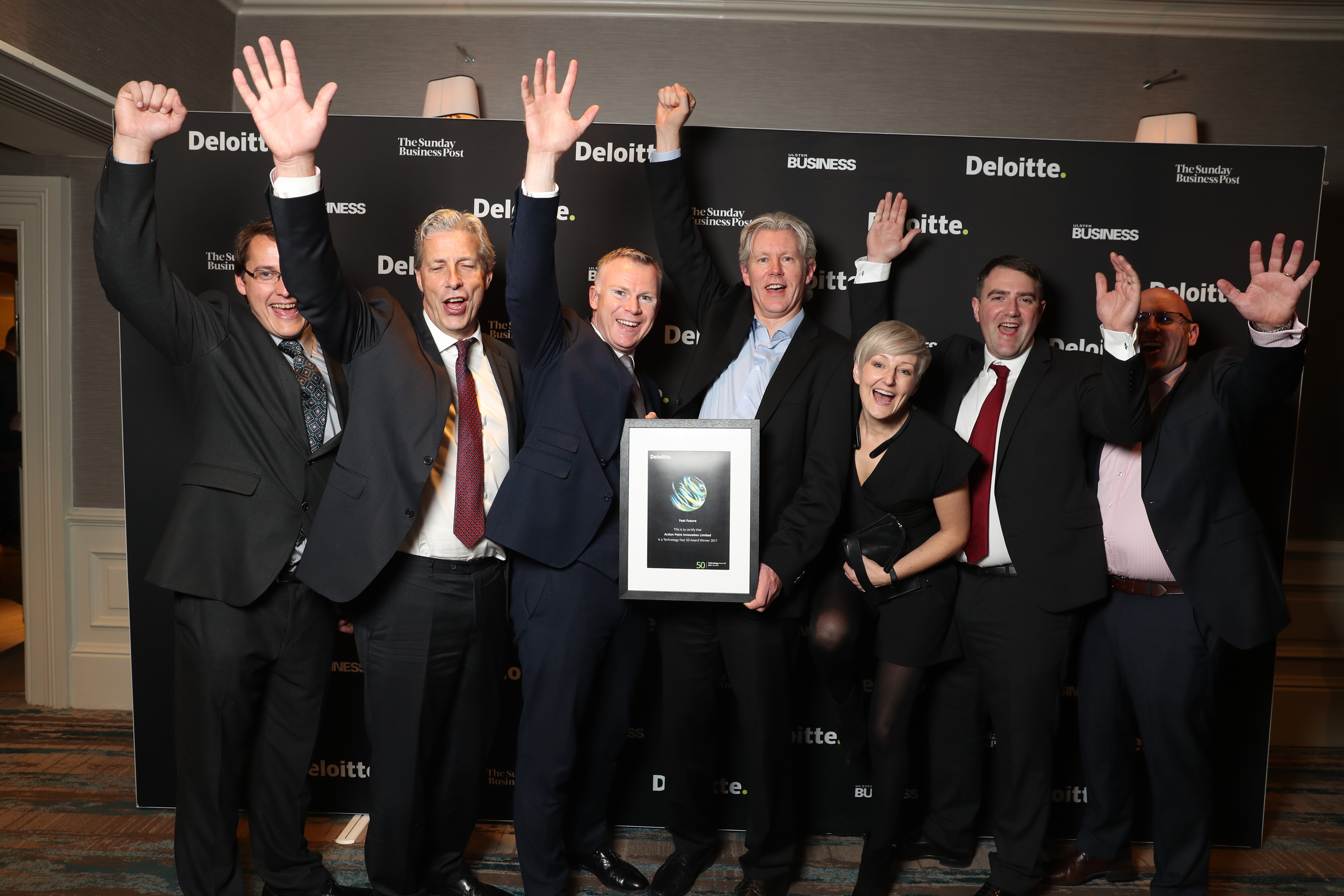 Limerick based firm ActionPoint has been recognised by Deloitte as one of the fastest growing technology firms in Ireland for the 4th year in a row. The Deloitte Fast 50 awards took place on Friday 3rd of November at the Clayton Hotel in Dublin, and recognises indigenous technology companies that have demonstrated exceptional growth in turnover in the last four years. Cumulatively, the 2017 Fast 50 winners generated approximately €858 million in total annual revenue in 2016. ActionPoint were also recently awarded the title of Deloitte’s Best Managed Company, 2017.

Speaking of the Fast 50 awards, ActionPoint’s CEO David Jeffreys said; “Our success is driven by long standing partnerships with progressive organisations that recognise our commitment to quality and innovation. We also have an exceptional team of professionals at ActionPoint who demonstrate their commitment to quality and service day in day out; this award is a testament to their work. This has driven continued growth for ActionPoint and annualised revenues of €12 million.” 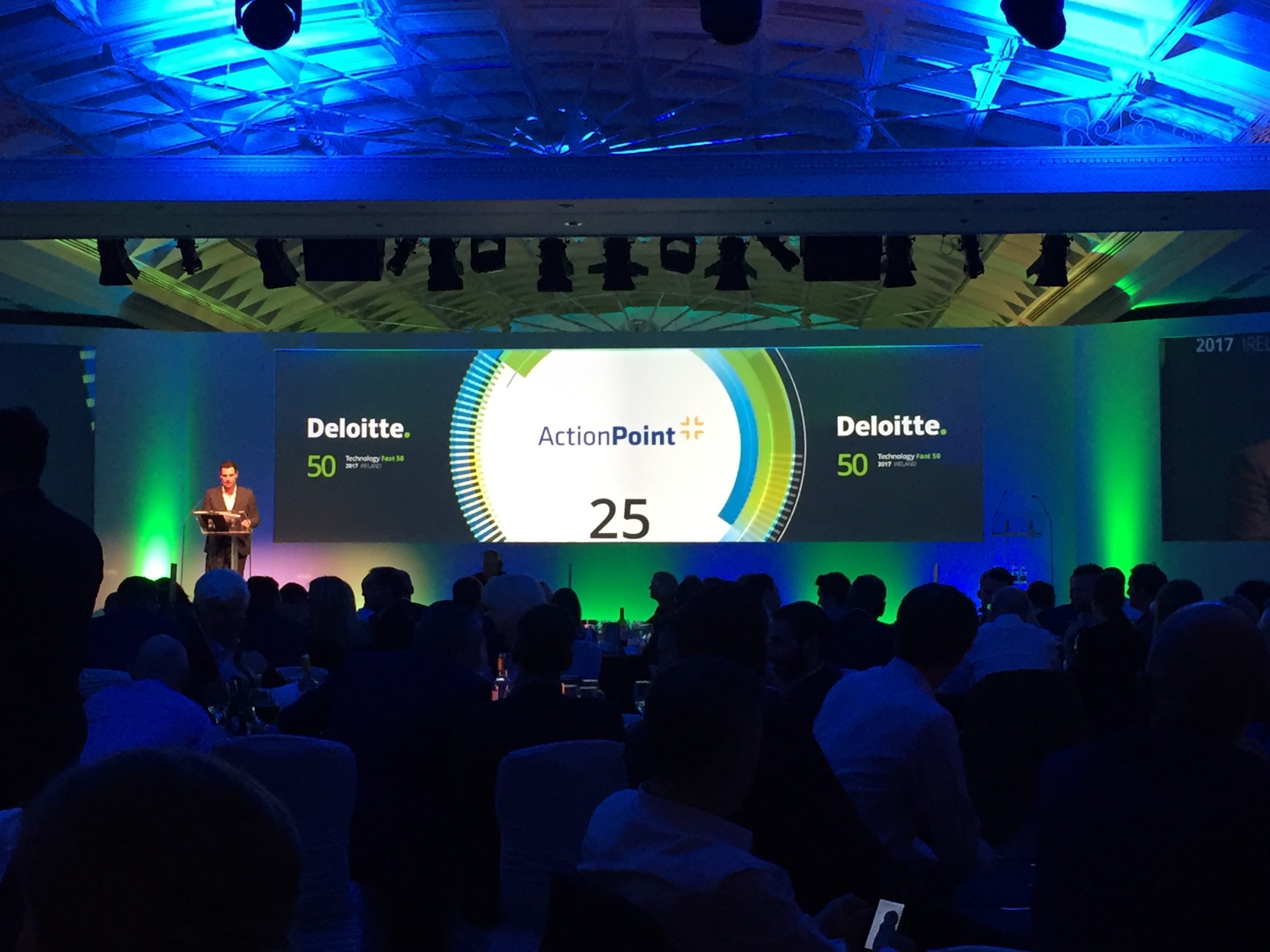 ActionPoint ranked in Deloitte’s fastest growing companies for the 4th year in a row, taking 25th position in this year’s league table.

In April of this year, ActionPoint delivered one of the first online passport renewal systems in the world, for the Department of Foreign Affairs and Tourism. Minister for Justice and Equality Charlie Flanagan said this project was “one of the most significant innovations in customer service that this Department has delivered over the past fifteen years.”

ActionPoint has been developing its business in the US and earlier this year partnered with Microsoft and Dell to develop a cutting edge IoT product that helps manufacturing companies actualise data from the factory floor. A pilot program with selected companies rolls out in the new year. ActionPoint are also developing smart business solutions with HoloLens, Microsoft’s augmented reality headset, also within the manufacturing sector.

Earlier this year ActionPoint was voted Dell EMC Country Partner of the year 2016, a repeat of the accolade they received in 2014. They were also awarded Microsoft’s SMB Partner of the Year for Ireland (2017).

ActionPoint was founded in 2005 by UL graduates David Jeffreys and John Savage and provides custom software solutions and managed IT services to clients at home and abroad. It employs close to 100 people across offices in Limerick, Dublin, Cork, Galway, London and Los Angeles. ActionPoint specialises in managed IT services, custom software development and IoT. It has clients across multiple sectors, including finance, insurance, legal, government and semi-state, aviation and manufacturing. Key clients include; Chill, Voxpro, Cook Medical, Coillte and the Department of Foreign Affairs and Trade.