Supporting the efficient, consistent delivery of an out-of-hours medical service

"ActionPoint planned, specified, built and implemented an entirely new network and datacentre for us, as well as rolling out new PC’s to all users. Today, ActionPoint continue to capably support us." 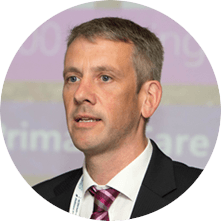 Mike Finucane, General Manager, Shannondoc explains how their collaboration with ActionPoint has helped support and progress their service:

Our purpose is to provide a fast, dependable, out-of-hours medical service 365 days of the year. Every call, every response, every patient record really matters. There is no room for error. So as you can imagine IT is crucial to what we do. When I took over as General Manager in 2012 our IT infrastructure, datacentre and PC’s were in need of a complete overhaul.

Our first step was to really get a handle on where we were at and what we needed. We asked ActionPoint to help us with that. They went to all our sites, took the time to get under the skin of our service and then presented a clear plan for the way forward and also helped me to present the business case for investment to our board. They also put a smart financing solution in place for us which was key to making the project happen.

ActionPoint planned, specified, built and implemented an entirely new network and datacentre for us, as well as rolling out new PC’s to all users. They co-ordinated with Valentia, our new call centre software providers, and Vodafone for connectivity. On June 10th 2014 we went live in one of our 11 locations, then all the Limerick ones, followed by the rest over the next few weeks. But the biggest switch was always going to be our datacentre. At 5am on the 31st of August we switched off our shaky old system. The ActionPoint Team had until 5pm that evening to have our new system up and running. We breathed a sigh of relief when we had thumbs up at 4.30pm, all green lights and ready for business at 5pm. Over the next few days they babysat the system and when any gremlins arose they were on the case straight away.

Today, ActionPoint continue to capably support us. We can trust them to always come up with a solution that’s right for us. Several times they have suggested ways we could save money. For instance they saved us thousands by cleaning up our software licensing, and making best use of our non-profit status. We have been and continue to be impressed by ActionPoint. They’re a super partner for us, they help us do what we do better, faster and more reliably. They have very much become a trusted partner.

IT consultancy, System spec, build and install, IT support, 24/7 monitoring,